Fully Synthetic Oil, Or Is It? 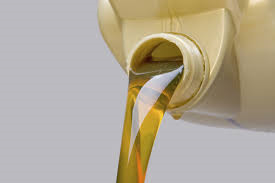 If you are buying fully synthetic oil thinking its 100% synthetic, think again.

Fully synthetic oil costs quite a bit more than semi synthetic oils, but mineral oil is probably all our going to end with, well that and a label stating fully synthetc.

Castrol is the reason why an oil can call themselves fully synthetic and not be so, "hydro-cracked" being the resaon why.

A number of years ago Hydro-cracked materials became widely available in the marketplace after Mobil took Castrol to court in America over the claims that their oil was a synthic when formulated with hydro-cracked stocks.

The American court ruled against Mobil & as such opened the “flood gates” for the oil industry to call hydro-cracked stocks synthetic everywhere except in Germany.

Be carefull as a result of various legal procedures to what may be called "synthetic" the oil industry now more or less has found a way of describing grade 3 mineral oils (hydro cracked) as synthetic.

We have been aware of this along time and customers of ours often ask about Castrol fully synthetic, we are not in the game of selling a product known its not what they claim it to be for the sake of making a sale.

Do I think they are ripping people off? yes, would I pay and use it? nope. We dont even sell Castrol fully synthic just there semi synthic Power 1.

Castrol are not the only brands using the hyro cracked oils so be carefull,

If you need any info on our oils just drop us an email.

Oops, you forgot something.

The words you entered did not match the given text. Please try again.